The important things we forget when buying a used car

Buying a used car has always been a subject of debate between drivers. Some see used cars as a pig in a poke, while others view them as potential opportunities. Unfortunately, there’s no definitive answer, when it comes to this subject. There is simply a multitude of things one has to consider when buying a used car, which is why, for the purpose of this article, we will try to include the ones which matter, but which we usually forget.

New or used? For me only, or for my family as well? Fuel consumption? Make a REALISTIC choice.

“Patience Is a Virtue” is an old saying which you should have in mind when buying a used car. A lot of drivers, blinded by the attractiveness of the car they’re interested in, don’t take the time to check the car’s condition. Some even find it difficult to ask the people they want to buy a used car from additional questions.

Many drivers, who do not have previous experience in buying a used car, lose patience very soon.

These are all kids’ ways of doing stuff, which can cost you dearly and which you, therefore, need to leave behind you if you want to minimize the possibility of a mistake when making a decision on whether to buy a used car or not. Of course, it would be great if those who sold used cars provided us with all the necessary and, what’s even more important, realistic information about the cars, but, unfortunately, that does not happen often. This is why it is up to you to find out as much about the used car you’re interested in as you can either by performing an inspection or by having a conversation with the owner or the dealer. For the purpose of performing an inspection as effectively as possible and acquiring as much information as possible, prepare yourself in advance for both.

Patience, in the case of buying a used car, does not just include you evaluating the car’s realistic condition, but it also means that you need to be prepared to bargain – of course, assuming the evaluation turned out positive. In other words, even if the car you’re looking to buy passes your test, do not rush; instead, you ask around about the prices attached to the same or similar used car models of the same or similar production year, so that you don’t end up overpaying your, we sincerely hope, future ride.

Some drivers, usually those who luck experience, think that having a budget for a car is only about having enough money to buy the actual car; they don’t take into consideration additional factors, such as maintenance expenses, registration expenses, service expenses, as well as expenses for interventions which are usually required upon buying a used car.

Practice has shown that once you buy a used car, aside from the fact that it’s recommendable to do a major car service, it is also advisable to perform a V and timing belt, engine and transmission oil, filter, spanner and antifreeze change. Certainly, if you want to be 100% confident about the condition of the used car you’re thinking of buying, take it to a professional car service where you will be told what needs to be replaced, after which you will be able to calculate the expenses.

Have your mechanic inspect the car, in order to gain an insight into the additional expenses that need to be covered after the purchase.

The thing you also mustn’t neglect is fuel consumption. Even if someone offers you a car which consumes, let’s say 15 or 20 liters of fuel, while being driven in the city, as a gift, chances are you will not be able to afford it. This is why you should always assess the practicality of a car first, and then focus on its attractiveness.

How much money does a driver of an average car in Serbia spend on car maintenance yearly?

What you should always have in mind when buying a used car is that the car has already been used by one (minimum) or even more drivers (the fewer owners a car has had, the better). This is why it is extremely important for you to try to get a hold of as much information as possible about how the previous owner or owners treated the car you’re thinking of buying off them.

In case you’re wondering how to get an insight into a used car’s history, the answer is via the car’s service book. It contains information about services performed, based on which you can get an insight into how much attention the previous owner has paid to maintaining their ride. The bad news is that even a service book can be forged. Now, you’re probably thinking to yourself – how can we be sure of anything then? As is the case with every other segment of life, a very few things are certain, but the more papers the owner of the car you’re looking to buy has, the calmer you can be.

Can a high mileage car be a great deal after all?

Not so long ago, during the 90s and the beginning of the 2000s, the Serbian market was flooded with stolen cars. The situation has changed since for the better, but it has not been resolved completely, which is why you need to be careful – check the chassis number (VIN) at a police station or via The Motor Vehicles Department of The Automobile and Motorcycle Association of Serbia.

And, what if the “bad guys” have changed the chassis number – you’re asking yourself. There is a “cure” for that too. When performing an inspection, look closely at the area surrounding the number. Why? Because it is possible that the entire tin part containing the aforementioned number was cut off and then a new part containing a new number was welded on. In that case, you will probably notice some alteration marks.

If the alteration was done in a more sophisticated manner, The Motor Vehicle Department has electronic devices which analyze materials’ structure depth. It means that, if, for example, the chassis number has been whettened, and then replaced by a new imprint, the aforementioned devices recognize the abnormalities in the material’s depth, which causes a red flag to be raised. Aside from the materials’ structure depth devices, there are also devices for measuring paint depth, with the help of which you can establish whether a used car has been repainted, which comes in handy, when it comes to trying to determine a potential rust or damage problem.

This is probably not one of the things you are going to forget when buying a used car, but seeing it as not many people are familiar with how to recognize damage marks on a vehicle, we have decided to share with you this piece of “science” as well.

In order to notice all of the above, the car you’re inspecting needs to be clean and the inspection should take place during the day. Bring a flashlight and a small mirror with you, seeing it as there are areas of the car which are not exposed to light and are hidden from view.

Of course, be realistic and understand that, if you’re buying a car which has been in another person’s possession for years, chances are it was probably hit at some point. The important thing, however, is that the damage caused by the hit was not severe.

It’s important to make sure the car hasn’t suffered any significant structural damage.

What YOU MUST NOT FORGET in case of a car accident!

Many used car buyers don’t test-drive properly – they drive a car for a few minutes and then they return it to where it was parked, to the dealer’s great satisfaction. Unfortunately, by acting so, you can never get an insight into a car’s realistic condition and performance.

Test the car in the city, on the highway, in curves…By doing so, you will get to see how the car reacts under different conditions. Don’t hesitate to drive it over speed bumps or onto a curb in order to check the condition of the absorbers. Accelerate quickly and then step on the brake a few times for the purpose of testing the engine and the brakes.

While driving, don’t forget to check the systems and devices within the car, such as the low and high beams, the indicator lights, the cabin lights, the air conditioning, the radio, the windows and side mirrors (more and more cars use electronics for both the windows and side mirrors), the air bags…Test all the doors and sit in every seat, so as to not be unpleasantly surprised afterward by loose elements within your ride.

Replacing airbags could cost you up to 1000 EUR per piece. How to check if they are present and functional?

Right upon finishing the test drive, focus on the car’s tires which wear out as time goes by. Make sure you check the remaining tread’s depth and pay attention to potential cracks in the outer wall. Remember, any tire which is 6 or more years old must be replaced!

It is certain that, aside from the aforementioned things, there are a lot more factors to consider when buying a used car – these are just the ones we tend to forget. The very fact that you are buying a car behind whose steering wheel you have not sat from the beginning tells you that there is no completely reliable way for you to determine the car’s realistic condition; you need a professional car service in order to do that. Still, with the help of the things we’ve stated in this and other eHow contents, you’ll reduce the possibility of making a wrong decision significantly. Recommended article
What if you pour the wrong fuel?
Read the text 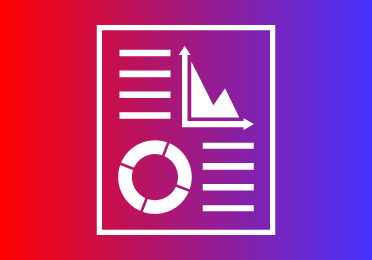